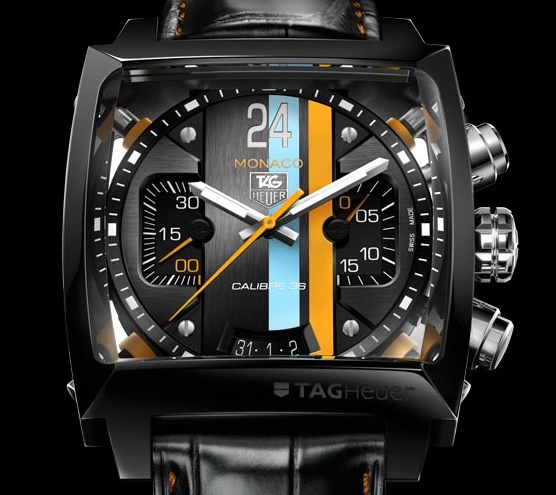 An innovative wonder with a unique two-part, see-through dial in an oversized, very contemporary case (40.5mm), the replica TAG Heuer Monaco 24 Concept Chronograph Calibre 36 is powered by the superlative TAG Heuer Calibre 36 Movement (beating at the stunning speed of 36.000 beats/hour relentlessly as the engine of a Le Mans prototype running at 350 km/h), visible from the front and through its sapphire crystal caseback.